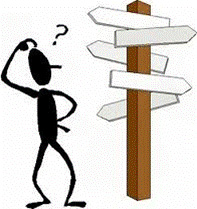 Some are asserting that there is sufficient latitude in the grace of God to accommodate the various aberrations found in the numerous groups considered a part of the Restoration Movement, and this on the premise that God's grace pardons doctrinal error. But when we study God's pattern for our service, the epistles, we learn that such conclusion is unwarranted.

Paul was a recipient of grace and taught of God's magnificence in it, yet one of his most emphatic censures concerns the dissemination of doctrinal error. As an example, he castigates Hymenaeus and Philetus, and their belief that the resurrection was already past (2 Tim. 2:15-18). This is decidedly doctrinal, not moral. Yet, Paul, the Spirit's chief exponent of salvation by grace, would not tolerate the corruptive influence of such upsetting ideas. And any concept tolerating the advocates of corruptive error, simply because they have been baptized into Christ, does not square with the necessity for sound doctrine and speech laid upon us in I and 2 Timothy and Titus. How can we tolerate what God does not?

In an attempt to lessen the menace of equally significant doctrinal error, some, as Ketcherside, even have distinguished between gospel and doctrine. To them, the gospel is constituted only of truths as to the identity and function of Christ, and how we are brought into grace; doctrine has to do only with the beliefs and service of those who have been saved by grace. Then in a classic example of arbitrary and non sequitur reasoning, we are told that "gospel" error is significant and damning, while "doctrinal" errors are not especially so.

But that comprehended in the term, "the gospel," is not so restricted as thus imagined. For, in the gospel is revealed God's righteousness (Romans 1: 16-17). In this revealed scheme of righteousness there is instruction to the end that, through Christ, right-wiseness is both imputed and retained by our conditional submission and continued service. All this being classified as God's righteousness (Romans 10: 1-4; 6:19), and that being contained in the gospel (good news), all of this instruction must be included in the gospel. It is the totality of the message that is good news, not just a few of its wonderful facts.

To see further the contrast between Paul and some brethren in their permissive ideas about doctrinal error, Paul did not say of Hymenaeus and Philetus, "These are brethren whom we love and who are saved by grace in

Christ, and since there is no condemnation in Christ, their error need not be condemned or stand in the way of fellowship." (Admittedly, some within the purview of these remarks would be more subtle.) He did indicate that Hymenaeus and Philetus continued not among those whom the Lord knew as his and labeled their doctrine, "unrighteousness" (2 Tim. 2:19); it was opposed to the righteousness of God, that contained in the gospel.

Why should not theistic evolution, premillennialism, and institutionalism be considered just as insidious and corruptive of God's order today, and call for the same kind of response seen in Paul? I know the gospel teaches salvation by grace: justification imputed as a gift through faith, or utter yieldedness and trust. But I do not know of a single passage in the gospel that tells me to overlook the corrupting errors of someone because he is genial, was at one time saved by grace, and still accepts the fact of Christ's deity.

But I have seen some flawed ratiocination to that end, dividing truth into (1) that which brings us by grace into Christ, and (2) that which sustains us there. That is all right as an observation, but not as a basis for a creed of permissiveness that seems to make moral degeneracy the only part of sustaining truth which should prompt a disruption of fellowship. The inference would be that the day and frequency of the Lord's Supper, the kind of music in worship, and the type of organizational function utilized by churches, would all lack temporal relevance and eternal consequence, and that all variations should be tolerated.

I hope this is not the conclusion of very many, but any principle that would make those things pertinent to fellowship would be fatal to what they have concluded about whom they have fellowship in Christ with on the basis of justification by faith. Such is really only an application of Ketcherside's creedal distinction between gospel and doctrine, just using more careful terminology to refer to what is distinguished.

It would be better to divide error into that which is inconsequential regarding action and that which precipitates disobedience and unfaithfulness. Using salvation by grace to soft-pedal the significance of doctrinal error that has to do with action is a fallacy. While thinking principally of grace, of what God has done, such ones appear to have neglected the concept of God's sovereignty; his right to require specific service and the necessity of our giving it. It has been well observed that one truth isolated from others becomes perversion. So, it is here, for being saved by grace does not diminish our loyalty to God and his word one whit. Having been saved from sin on God's terms, the gospel of grace only provides for our lapses and inadequacies, not for continued intractability or incredulity. No, God has not required perfection in his children, save in the matter love (agape, Matthew 5:44-48), but he has required faithfulness (Rev. 2:10; 2 Cor. 4:2; Rev. 17:14), that is, reliability, trustworthiness. Justifying behavior which the word of Christ does not justify, and that is what one does when he accepts a practitioner of error as just, makes one not a trustworthy servant of Christ, and thus unfaithful. Being unfaithful to what God has declared, how can one lay claim to trusting God, or being justified by faith?

It is true that some have at times shown an unholy rancor toward their brethren, and have evinced anger at any disagreement. Some have been too ready to break ties with others pettishly, unnecessarily, impetuously and precipitately. Such in their smallness have desecrated fellowship for the most trivial of matters, even when a differing idea had nothing to do with essential conduct. But repudiation of such must not vitiate the loyalty Jesus Christ is due, and cause us to tolerate that which is intolerable to his revelation. Such toleration will produce a doctrinally emasculated brotherhood, standing for almost nothing. The resulting lack of militancy will further lessen respect for the authority of revelation, and consequently lessen ardor for converting sectarians who are not following it, and man's being saved by grace will suffer an immense reversal as far as its incidence is concerned.

Brethren are going to continue to differ. Where those differences are of personal application, and not corruptive of collective service, nor disruptive of our common faith and hope, let us be longsuffering and forbearing. But let us continue to try the spirits. And where the influence of a man or doctrine is sinister and the error malignant, let us stand with the word as a sword unsheathed. No, the answer to the divisiveness of hypersensitive implacability and spiritual paranoia is not permissive tolerance of doctrinal error which is inimical to working righteousness (Acts 10:35).